This article is a stub. You can help Test Drive Wiki by expanding it.

Test Drive 5 is a racing video game developed by Pitbull Syndicate for the PlayStation and Microsoft Windows. It is the fifth entry in the Test Drive series of video games.

The game includes a selection of licensed vehicles, including additional variants for some, such as police cars available in Cop Chase mode. 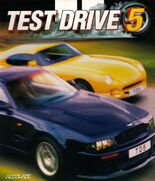 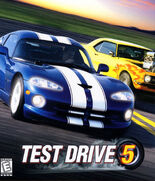 Retrieved from "https://testdrive.fandom.com/wiki/Test_Drive_5?oldid=9045"
Community content is available under CC-BY-SA unless otherwise noted.